Note that these are games after this blog post is posted. 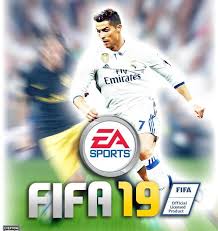 The nineteenth Fifa game we have is going to be initially released on September 28, 2018. It will be released for PlayStation 3, PlayStation 4, Xbox 360, Xbox One, Nintendo switch, and Microsoft Windows. The date of release was announced on June 6, 2018 for its E3 2018 press conference.

Forza Horizon 4 is going to be released on October 2 for Xbox One and Microsoft Windows. It is a fictionalized representation of United Kingdom. This is obviously the fourth games of the series

Another game that is going to be released on October 2 is our beloved mega man 11. It is just like the old games, voice acting and  2.5D graphic styled. It is going to be available for PlayStation 4, Nintendo Switch, Xbox One, and Microsoft Windows.

There are not much I can talk about on each game since it is not released but there are a lot of information about these games if you search them up. Here are some links where you can take a look at what’s going on.

Come see watch games are popular and why. This blog is just anything about games.