Welcome back to another post of Evolution of Tetris! (who even reads this anyways) I’ll try to put more into this post because if I don’t this will be a pretty long series. Anyways, let’s begin!

Not to be confused the the film or many other games, Flash point is another tetris game. It is similar to Bloxeed, but brighter with color. It’s a clone game made by Sega released in 1989. There wasn’t much found on this game but you can watch the gameplay 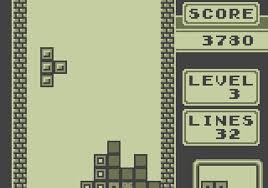 I couldn’t much of this specific version of Tetris since the name was just “Tetris”. This version might seem more familiar to you. The color was black and white but it is also was seen as green. It was for Gb, mega drive, nes, tengen, sharp wizard, fm towns, game and watch, and wonderswan color. The different blocks of the shapes have different textures, which I thought was really interesting. 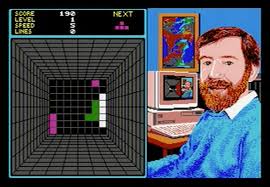 Welltris is a 3D game where the blocks will fall down from the 4 sides, different then the traditional 2D version. It is available for Amiga, Amstrad CPC, Atari ST, ZX Spectrum, C64, MS-DOS, Macintosh, and arcade. This game is the first sequel of Tetris, made by Alexey Pajitnov and Andrei Sgenov. The blocks can move around the sides and rotate until they hit an edge or hit another block. When a block stops at the wall, the game ends. 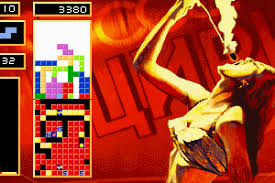 Super Tetris was created in 1991 by  Spectrum HoloByte, and available for DOS, Microsoft Windows, Macintosh operating systems, and AmigaOS. As you can see, there are crazy circus picture on the side. The score is shown on top of the top, the level is shown in the top left corner, below the level shows what block is coming up next, and below that is what I assume is how much block there is left, you came gain 4 more blocks when you clear a line. Occasionally, you will get either 2 or 4 bombs that you drop to clear one square per bomb. When you clear the last the last squares that was already there before the game starts(I don’t really know what and how to call those), then you move onto the next level.

(Sorry this is short but part 3 will be coming soon)

One thought on “Evolution of Tetris(Part 2)”

Come see watch games are popular and why. This blog is just anything about games.